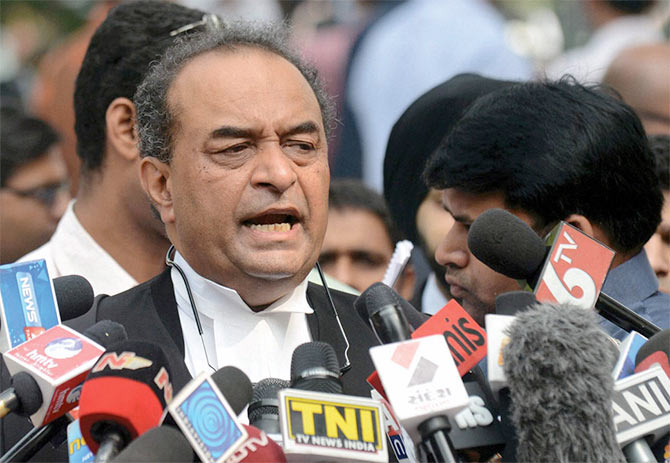 Former Attorney General Mukul Rohatgi said on Thursday that a court has no power to engraft more Fundamental Rights in the Constitution as the right to make a law or amend it belongs to the Parliament.

Reacting to the Supreme Court verdict declaring right to privacy a fundamental right, the senior advocate said 'there is much a do about nothing' as the government had already agreed with the stand taken by the petitioners and the court.

"The right belongs to the Parliament, to make the law, amend the law, repeal the law. The court has no power to engraft more Fundamental Rights in the Constitution," Rohatgi, who had argued in the matter as the then attorney general, said.

"I still maintain there is much ado about nothing for the simple reason that I do hear that government has stated that they agree that privacy is a Fundamental Right," he said.

Rohatgi, while speaking to a TV channel, also said there are two spheres -- judiciary and Parliament -- and both cannot overlap each other.

"There is no amendment in the Constitution by a court as you have two different spheres. The sphere of the judiciary and the sphere of the Parliament. Both the spheres cannot overlap," he said.  -- PTI
« Back to LIVE