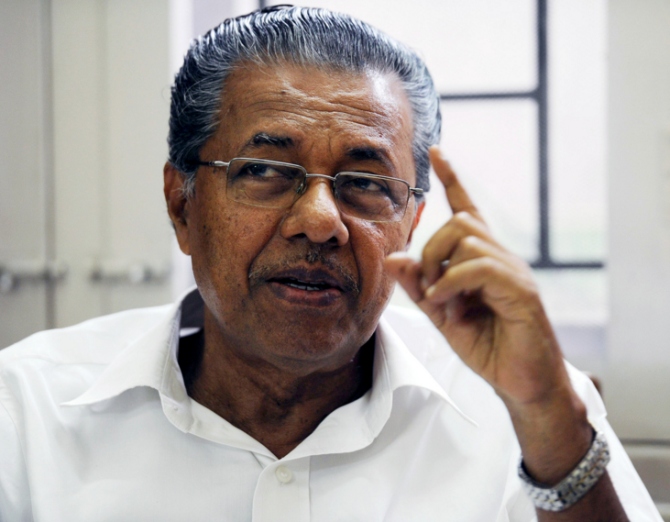 With violence being reported from various north Indian states following conviction of Gurmeet Ram Rahim Singh in a rape case, Kerala Chief Minister Pinarayi Vijayan has requested Prime Minister Narendra Modi to take immediate action to ensure safety of the life and property of all citizens.
In a letter to Modi, Vijayan said he had been personally receiving calls from Malayalis who fear threat for their life and property following the violence.
"May I request you to take immediate and necessary steps to ensure the life and property of all our citizens and action against those who indulged in violence", Vijayan said in the letter, a copy of which was released to the media in Thiruvananthapuram.
He also wanted the Centre to take strict action against those behind the unprecedented acts of violence.
"It is worrying that the widespread instances of violence, rioting and arson are being reported from several parts of north Indian states following the conviction of Gurumeet Ram Rahim by the CBI court", he said.
« Back to LIVE