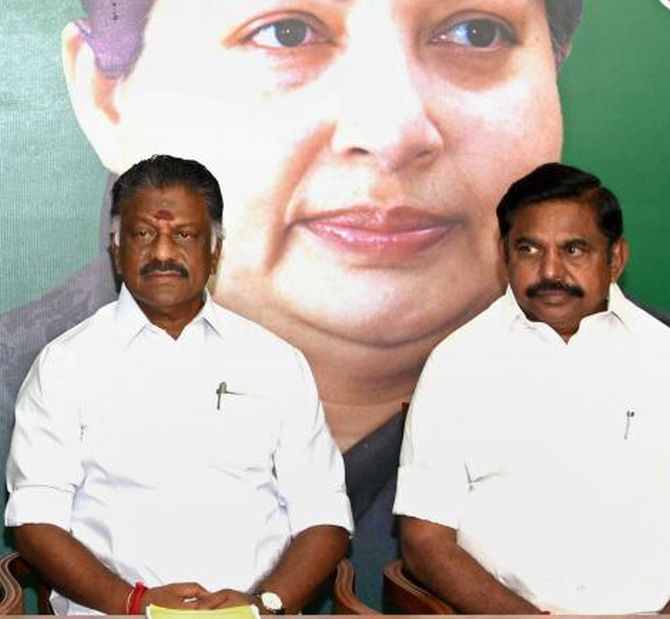 Amid merger talks between two factions of All India Anna Dravida Munnetra Kazhagam, Tamil Nadu Governor C Vidyasagar Rao will reach Chennai today.
According to his PRO, Rao -- who is also the Governor of Maharashtra -- has cancelled as his appointments for the day in Mumbai.
Some media reports claim that the merger is likely to take place today around noon at AIADMK headquarters in Chennai which will also see party general secretary VK Sasikala's ouster.
On Sunday, rebel AIADMK leader O Panneerselvam said that the talks on merger of factions led by him and Chief Minister K Palaniswami have moved a step forward and a "good" decision would be reached shortly.
The merger talks gained momentum after Palaniswami on August 17 announced that a inquiry commission would be set up to probe the death of late Chief Minister Jayalalithaa and her Poes Garden residence would be converted into a memorial, two of the key demands put forth by the Panneerselvam camp.
Though the merger was expected to materialise on Friday night, it did not come through amid reported divergent views among members of the Panneerselvam faction.
« Back to LIVE