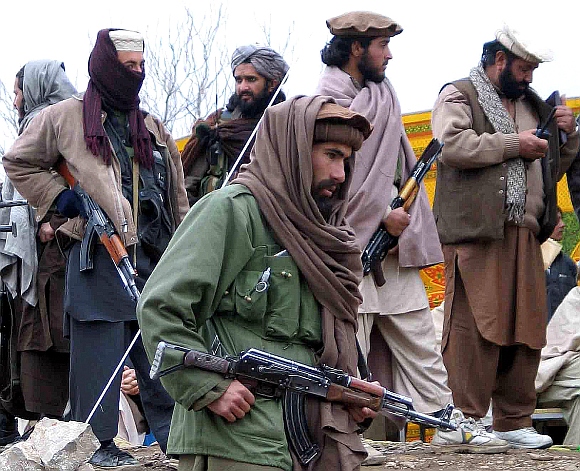 Pakistan must ensure that its soil is not used for any terrorist attack against the neighbours, a top American General has said.
United States Central Command commander General Joseph Votel conveyed this to Islamabad during a visit last week. This was his third visit to Pakistan as commander.
During the visit, he called on Prime Minister Shahid Khaqan Abbasi, Defence Minister Khurram Dastgir, Chairman of the Joint Chiefs of Staff Committee General Zubair Hayat and Chief of Army Staff General Qamar Javed Bajwa.
"In his discussions with Pakistani leaders, he emphasised that all parties must work to ensure that Pakistani soil is not used to plan or conduct terrorist attacks against its neighbours," the US Embassy here said in a statement.
General Votel also underlined the need to further strengthen US and Pakistani military-to-military relations as the two nations work together to ensure greater regional security and stability.
"This visit allowed the General to gain an increased understanding of the counter-terrorism and counter-insurgency efforts the Pakistani government has made over the years to achieve our shared objectives," the statement said.
Votel called on Prime Minister Abbasi on Saturday during which the premier underscored that Pakistan had an important stake in peace and stability in Afghanistan as Pakistan has suffered the most due to conflict in that country.
Abbasi also raised the Kashmir issue with Votel.
« Back to LIVE