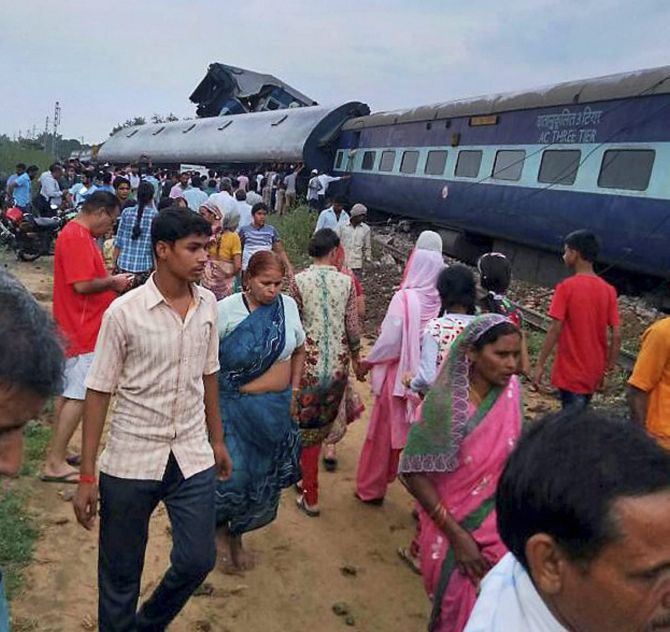 Around 5:46 pm on Saturday evening, residents of Khatauli in western Uttar Pradesh's Muzaffarnagar district heard a loud crash when at least a dozen carriages of the Puri-Haridwar Utkal Express ran off the tracks. Two of the coaches crashed into a residential area, hitting a house and a school building.

At least 23 people were killed and more than 70 injured in the accident. Local residents say human error may have caused the accident. The government has ordered an inquiry which is also probing any possible foul play.

Jagat Ram, one of the residents of the house that was damaged when the train crashed into it, said that parts of the rail track in the area were being repaired over the last two days. Locals suspect that the driver of the Utkal Express wasn't informed about the work.

Railway officials, however, are yet to comment on the cause for the accident.
« Back to LIVE