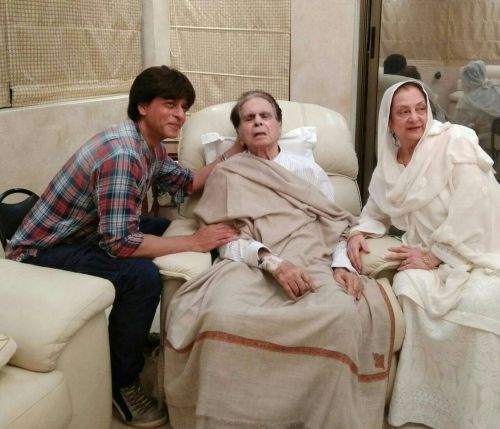 Legendary actor Dilip Kumar, who was recently discharged from Lilavati Hospital, was on Tuesday visited by Shah Rukh Khan, his 'mooh-bola beta' (like his son).

She also informed that the King of Tragedy is 'doing much better since return from the hospital.'

"2/ @iamsrk visited Sahab this evening. Sahab's doing much better since return from the hospital. Shukar Allah."

The 94-year-old was admitted to Mumbai's Lilavati hospital on August 2 due to kidney issues.

This was the third time the actor had been admitted to the hospital. In April last year, he was hospitalised due to fever and nausea. -- ANI


Image: Shah Rukh Khan with a still under-the-weather Dilip Kumar and Saira Banu at their home.
« Back to LIVE