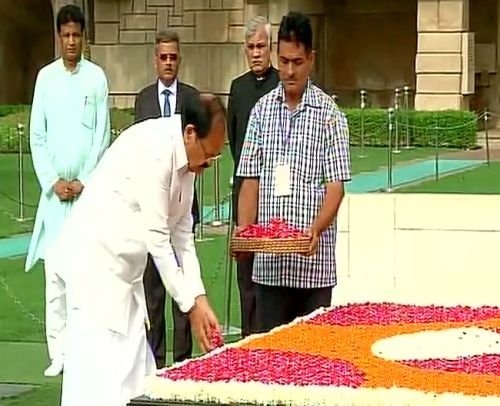 Former Union minister and senior Bharatiya Janata Party leader M Venkaiah Naidu will take oath today as India's 13th Vice President.
The swearing-in ceremony will take place in the Durbar Hall of Rashtrapati Bhawan at 10 am.
Nominated by the ruling BJP-led National Democratic Alliance, he won the vice presidential election last week.
Prior to the formal function, Naidu, 68, paid tributes to Mahatma Gandhi at Raj Ghat in the capital.
With 516 votes, Naidu won 67.9 per cent vote share in the 15th Veep election, defeating the opposition's candidate, Gopalkrishna Gandhi.
« Back to LIVE