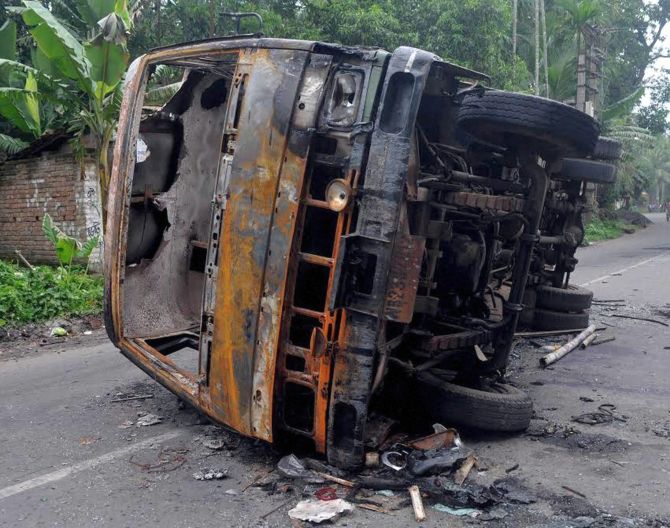 Police have arrested C, who is believed to have hacked the Facebook account of a class 11 student and posted a controversial message that triggered communal violence in West Bengals Baduria and Basirhat towns last month.
A joint team of Basirhat police station and the Criminal Investigation Department of West Bengal police arrested Pal, in his thirties, who is a resident of Basirhat.
Police sources said they are investigating allegations that Pal was responsible for hacking the Facebook account of class 11 student, Souvik Srakar and posting the message.
We are in the process of interrogating him and trying to understand the extent of his involvement behind instigating the riots, said a police officer from North 24 Parganas district.
« Back to LIVE