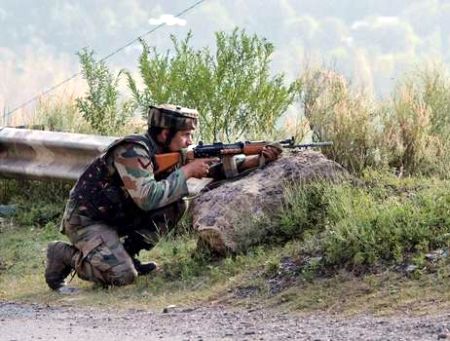 The army launched a cordon and search operation in Al Qaeda's Zakir Musa's village in Tral's Norpora of south Kashmir's Pulwama district on Friday.
People took to streets and staged protests as the security forces launched the search operation.
Further details are awaited.
On August 9, the Jammu and Kashmir said that the three terrorists who were gunned down in the Tral encounter were members of the Zakir Musa group.
The operation was launched on the basis of specific intelligence inputs.
« Back to LIVE