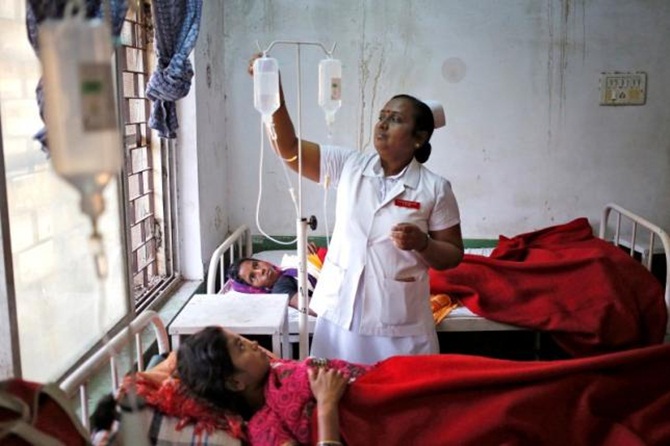 At least 30 child deaths in 48 hours were reported in BRD medical college, the largest government hospital in Uttar Pradesh's Gorakhpur district, as a private firm contracted to supply oxygen cylinders allegedly withdrew over non-payment of outstanding dues to the tune of Rs 60 lakh.
The hospital is in chief minister Yogi Adityanath's constituency and he took stock of arrangements at encephalitis wards during his recent two-day visit to Gorakhpur.
Most deaths were reported from the neonatal and encephalitis wards.
A high-level magisterial probe has been ordered into the deaths, district magistrate Rajeev Rautela said in press conference on Friday.
The district magistrate said seven deaths were reported since Thursday night to Friday noon. Twenty-three children died between Wednesday and Thursday. "Total 30 deaths occurred in 48 hours," he said.
« Back to LIVE