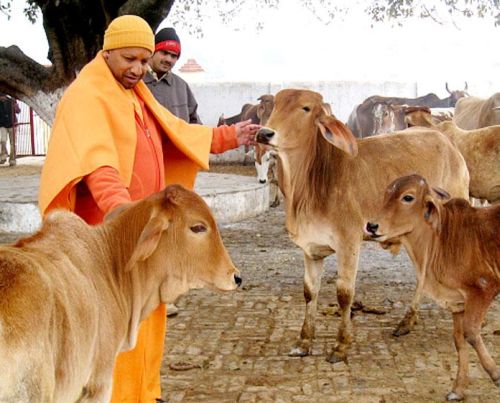 The Central government today submitted its report in the Supreme Court on cow protection and smuggling of cattle across the India-Bangladesh border. The Centre's report on the issue states that the "Responsibility of safety and care of abandoned animals is mainly of the State government. Each district should have a shelter home of capacity of at least 500 abandoned animals," Centre states in the report.

The report also adds that, "each cow and its progeny across India should get a Unique Identification Number for tracking, which will help reduce smuggling."

The report also recommends special care for cattle beyond the age of milking and stresses on launching of a scheme for distressed farmers.

While talks of a UID for cows last year were met with amusement and criticism, the government has now made its intentions clear at the highest level.

The UID will have details like age, breed, sex, lactation, height, body, colour, horn type, tail switch and special marks of the animal. While the responsibility for care of abandoned animals will lie with the state governments, the Centre is planning shelter homes in each district to accommodate at least 500 abandoned cows.
« Back to LIVE