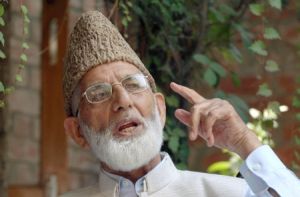 A PIL has been filed in the Supreme Court seeking to stop funding to separatists for foreign travel and other expenses. The PIL states that more than Rs 100 crore is spent on separatists by the government and that they misuse this money for anti-India activities.
The PIL comes in following reports that suggested that the Centre will be scrutinising the bank accounts of the separatists and that foreign trips made by them will likely be banned.
In addition to this, the Z-scale security provided to them will also be scaled down.
« Back to LIVE

A section of the Madras high court Bar Association has opposed the Supreme Court collegium's recommendation to elevate advocate Lekshmana Chandra Victoria Gowri for judgeship at the Madras HC and demanded her recall.

Key to Australia's success in India...