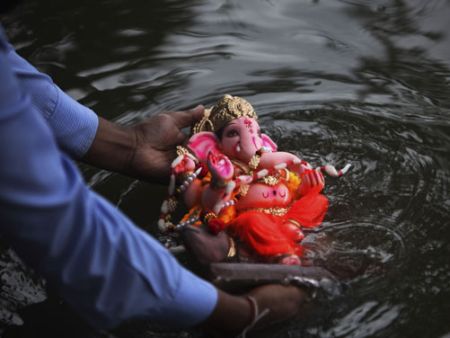 At least eight people have drowned in Tungabhadra River in Karnataka, when a coracle in which they were sailing overturned and capsized, police has said. Four others are missing.
The group, from Hadonahalli village, had gone to immerse a Ganesha idol in the afternoon. They had got into a coracle to immerse the idol and it overturned.
Search operations are still on for the missing men.
The district authority has banned swimming, sailing and immersion of Ganesha idols in the river to prevent any such accident.
« Back to LIVE