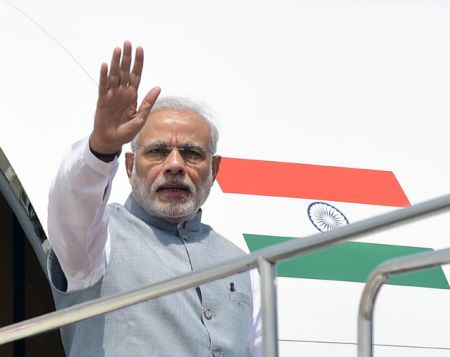 Modi is currently ahead of other figures such as WikiLeaks editor-in-chief Julian Assange and United States president-elect Donald Trump, the magazine said. While Assange currently has 9% of the vote, Trump has 8%.

Others in contention include Russian President Vladimir Putin, US gymnast Simone Biles, North Korean leader Kim Jong-un and singer Beyonce Knowles. Outgoing US President Barack Obama also features on the poll. However, the final decision will be taken by the magazine's editors.

The magazine said it would select the "person or persons who most affected...our lives, for good or ill, and who embodied what was important that year".

Previous holders of the title include Facebook co-founder Mark Zuckerberg (2010), Ebola fighters (2014) and German Chancellor Angela Merkel (2015).
« Back to LIVE