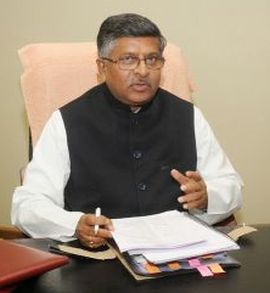 Law and IT Minister Ravi Shankar Prasad today said the decision to scrap Rs 500/1000 notes was taken by the government on the recommendation of the Reserve Bank of India.

"Now this country is moving towards honesty and transparency let it move in that direction. Now it is our duty to bring India out of corruption taint," Prasad said.

The minister further said due to economic reforms government has saved Rs 36,000 crore by digitalising economic activities such as payment of subsidies and MGNREGA wages through direct cash benefit facilities on to the accounts of intended beneficiaries through Aadhaar.