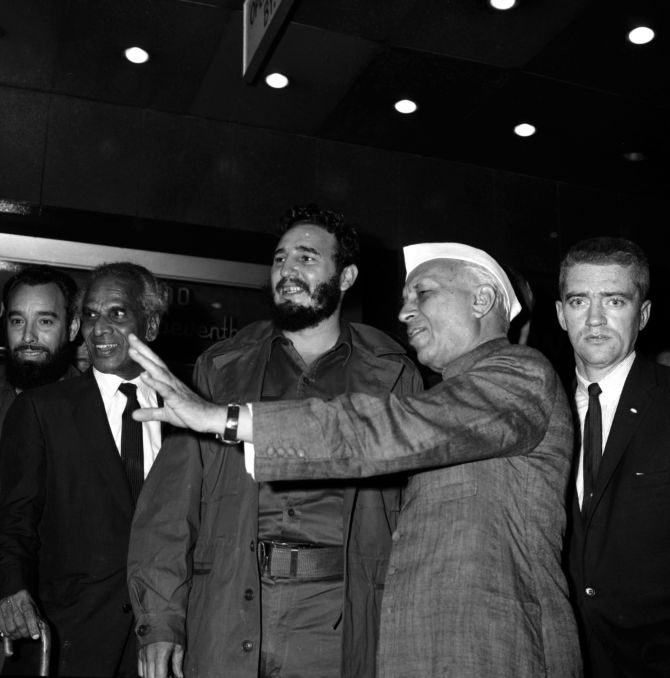 'I extend my deepest condolences to the Government & people of Cuba on the sad demise of Fidel Castro. May his soul rest in peace.

'We stand in support with the Cuban Government and people in this tragic hour.

'Fidel Castro was one of the most iconic personalities of the 20th century. India mourns the loss of a great friend,' said PM Modi in a series of tweets.

'Fidel Castro will remain a legend and a source of inspiration. The world will miss him,' Communist Party of India-Marxist general secretary Sitaram Yechury said.