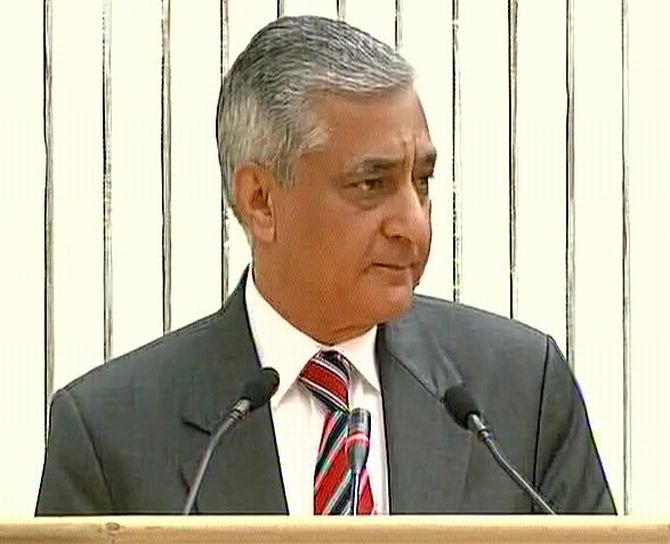 Chief Justice of India T S Thakur has once again attacked the Centre over judicial appointments and said that 500 posts of judges lie vacant in various high courts.

"Today, 500 judges posts are vacant in high courts, today we have vacant court room but no judges," CJI Thakur said.

"Tribunals are not equipped. Today, a situation has come that when no retired SC judge wants to head tribunal. Several tribunals are empty. I am pained to send my retired colleagues there," he said.

Citing lack of infrastructure in tribunals, he said, "The government is not ready to give proper facilities. Vacancy, apart from infrastructure, is a major concern for tribunals."

"Appointments have been made.121 or so such appointments have come, but large number of proposals is still pending, hope the government attends to them also," the CJI said on judicial vacancies in high courts.

"Advance ruling is not having its chairman, Armed Forces appellate Tribunal is without a chairman, competition commission without chairman. Posts are falling vacant and I am at pains in persuading my colleagues who are demitting office to accept these appointments," CJI Thakur said.

"They are declining, because the government is not ready even to do the bare minimum of providing a dignified place for chairman to occupy. I have in the past written to the government unless you amend the rules, make Chief justices in HCs also eligible for these appointments. There maybe a situation where an SC judge may not be available to head these tribunals," he said.  -- ANI
« Back to LIVE