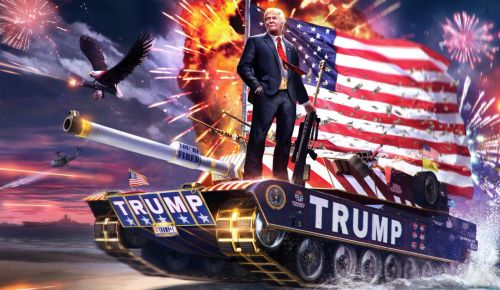 The Independent reports that David Duke, who once led the neo-Nazi, white-supermacist organisation, tweeted the claim on election night.

This is one of the most exciting nights of my life, Mr Duke wrote.

Make no mistake about it, our people have played a huge role in electing Trump!

The Republican became the 45th president-elect early on Wednesday morning, in a victory which defied the polls and shocked pundits.

Mr Duke, a former member of the Louisiana House of Representatives, was also running for Senate this year, but lost his race in the state.

During the election campaign, Mr Trump only hesitantly denounced Mr Duke and the KKK, but that did not deter the far-right politician.

Mr Duke reiterated his support following the election result, even appearing to class his politics and Mr Trump's politics as one and the same.

He also posted a series of bizarre photoshopped images of Mr Trump, including one of him holding a rifle while standing on a tank bearing his name, surrounded by fireworks, an eagle and the US flag.

Key to Australia's success in India...