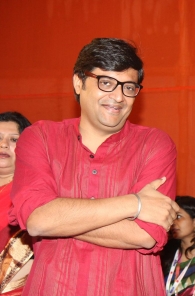 This video of senior BJP leader Arun Shourie mimicking Times Now editor-in-chief Arnab Goswami's style of studio debates has been doing the rounds on Twitter, but it is only one of several about the phenomenon that is Arnab Goswami.Goswami, among other things, anchors 'The Newshour', a daily debate at 9 pm on the news channel, when he brings together between four and eight panellists to shout themselves hoarse at one other on a given topic. Goswami, of course, stars as the voice of the nation ("The nation wants to know!') and as arbiter of the debate.As the face of Times Now, he embodies his myth so wholly that the idea of an overblown television debate is inseparable from the idea of Arnab Goswami. As noted by The Caravan, this is a deliberate strategy. Read more
« Back to LIVE