« Back
Kejriwal slams 'insecure' Modi after Sisodia is detained over hospital visit
November 02, 2016  14:26 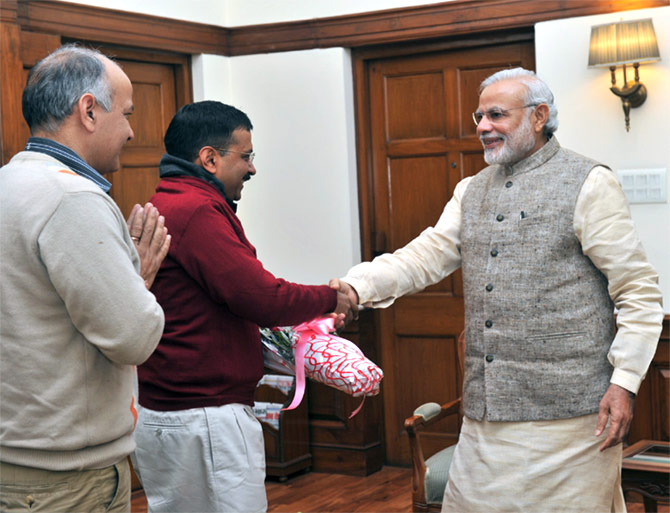 Delhi CM Arvind Kejriwal slams PM Narendra Modi over deputy CM Manish Sisodia's detention, calls it BJP's insecurity. Sisodia was detained during a visit to the RML Hospital in Delhi where he had gone to meet the family members of an ex-serviceman, who committed suicide over the issue of One Rank One Pension scheme in the national capital. Kejriwal tweeted, "Manish Sisodia detained? He had gone to meet family of deceased Ram Kishan ji. He is elected Dy CM. Whats wrong wid u Modiji? So insecure?"

An ex-serviceman allegedly committed suicide over the issue of One Rank One Pension scheme at Jantar Mantar in the nation's capital, police said on Wednesday.

Congress vice-president Rahul Gandhi was also stopped at the gate of Ram Manohar Lohia Hospital when he went to meet the kin of the ex-jawan who committed suicide over OROP. "This is the first time we are not being allowed to meet kin of an ex-jawan. This is totally undemocratic," Rahul Gandhi tweeted.