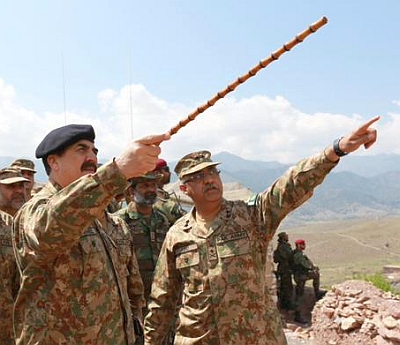 Against the Pakistani doctrine of 1000 cuts, Indians are adopting the doctrine of exhaustion in a hope that one day Pakistan and Kashmiris will to resist will die down, so India must hold on the disturbed area with huge deployment of forces by total area domination. Such doctrine not only creates massive hardship to local civilian population but also keeps Indian Military under constant pressure. For sometimes it looked that situation has returned to the normalcy, elections were held with popular mandate and govts started functioning, but again Pakistan is able to fuel unrest bringing Indian govt and military on toes.

Will India ever win the every day war against Pakistan? This is a must Read for hawks.
« Back to LIVE