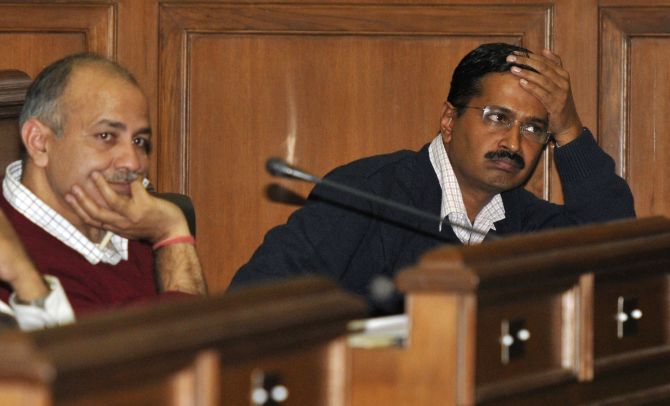 Just in: The Election Commission has issued notices to 27 AAP MLAs on Office of Profit issue based on directions from the President Pranab Mukherjee.


The EC received the communique from the Rashtrapati Bhavan during mid October after which the EC has formally issued notices to these MLAs.

Read more at:
http://economictimes.indiatimes.com/articleshow/54829894.cms?utm_source=contentofinterest&utm_medium=text&utm_campaign=cppst
Which means the EC has issued notices to a total of 48 MLAs on the office of profit issue, which is a major political setback for the AAP.


The party however is of the view that once the EC gives their verdict, the issue may be taken up for higher legal scrutiny.


In June 2015, a major row was sparked off on the issue of 'Office of Profit' after President Pranab Mukherjee rejected the Delhi government's bill to exclude the post of Parliamentary Secretary from the 'Office of Profit' definition.

The Delhi government sought through the bill an amendment to the Delhi Members of Legislative Assembly (Removal of Disqualification) Act, 1997, so as to exclude the post of Parliamentary Secretary from the definition of 'Office of Profit'.