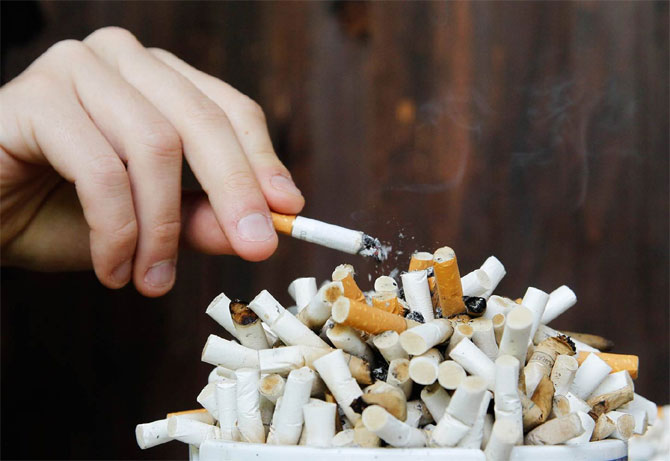 Nearly 653 doctors and office bearers of medical societies across the country have urged Prime Minister Narendra Modi to implement the new set of pictorial warning on tobacco product packages from April 1, to save millions of lives.
Doctors, cutting across specialities, in a letter, requested the prime minister to step in to prevent "powerful tobacco lobby" from subverting the anti-tobacco measures of the government.
"The country is 136th in the qualitative ranking of the pictorial warning on tobacco products. Large pictorial warning on tobacco packets is the most cost effective strategy to prevent youngsters from initiating use and provokes current users to quit the habit.
"We the doctors of India urge you to reject the recommendations of Committee on Subordinate Legislation (CoSL) that aims to promote tobacco industry rather than save innocent Indians from falling prey to this fatal addiction. Effective pictorial warnings is all about awareness and it is being wrongfully equated with ban on tobacco," the letter said.
They quoted the prime minister's Facebook post on May 31, 2014, "Let's pledge to spread awareness on the risks of tobacco consumption & work to reduce tobacco consumption in India. Tobacco not only affects those consuming it but also people around. By saying no to tobacco, let us lay the foundation of a healthier India."
« Back to LIVE