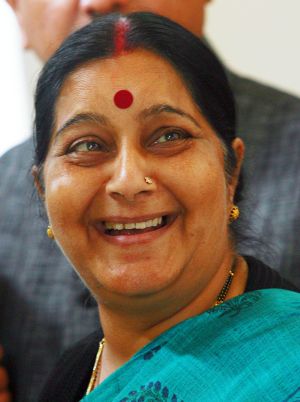 Foreign minister Sushma Swaraj clearly has a sense of humour. The minister who is extremely active on social media has always reached out to the Indian diaspora in distress, especially those stuck in war-ravaged Yemen. Distress tweets to her handle almost always get a reply and the minister gets her office to act on them and rescue Indians stuck in distant shores.

But even she must have rubbed her eyes in disbelief at the tweet she received yesterday from a man called Venkat.


The man also tagged the Union Minister for Consumer Affairs, Food and Public Distribution, Ram Vilas Paswan in the tweet.

The external affairs minister promptly responded to the tweete:  "Brother I cannot help you in matters of a Refrigerator. I am very busy with human beings in distress."