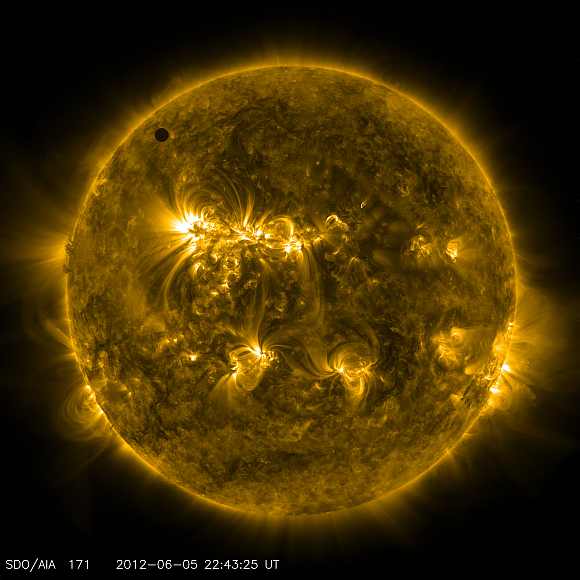 Venus' thick cloud layers may offer insight into the topography of the planet's surface below, rather than acting as a barrier to our observations,
scientists have shown for the first time.
An extreme greenhouse effect on Venus heats its surface to temperatures as high as 450 degrees Celsius.
A 20-km-thick layer sits between 50 and 70 km above the surface of Venus and is far colder than below, with typical temperatures of about minus 70 degrees Celsius similar to temperatures found at the cloud-tops of Earth.
The upper cloud layer also hosts more extreme weather, with winds that blow hundreds of times faster than those on the surface (and faster than Venus itself rotates, a phenomenon dubbed 'super-rotation').
While these clouds have traditionally blocked our view of Venus' surface, they may actually hold the key to exploring some of the planet's secrets, researchers said.
« Back to LIVE