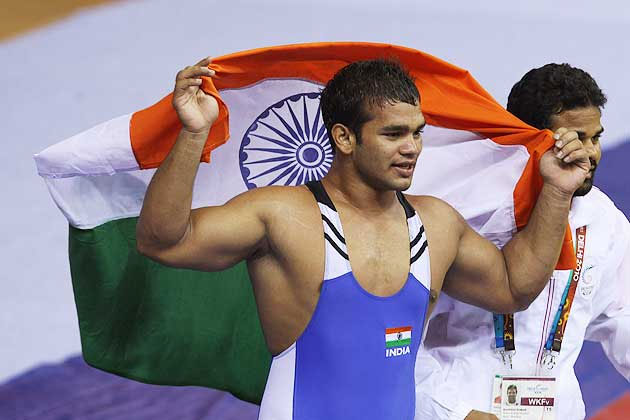 Narsingh Yadav, Rio Olympics-bound wrestler in the 74 kg category, has failed a dope test, says the National Anti-Doping Agency director general.
The National Anti-Doping Agency conducted a random dope test on Yadav on July 5 at the Sports Authority of India's regional centre in Sonepat. The report of his 'A' sample test came out positive. Later, he was called for his 'B' sample test, which also returned positive.
Narsingh Yadav had to fight a lengthy legal battle with two-time Olympics medallist Sushil Kumar, also in the same category, to get the chance to compete for India at the Olympics.
« Back to LIVE