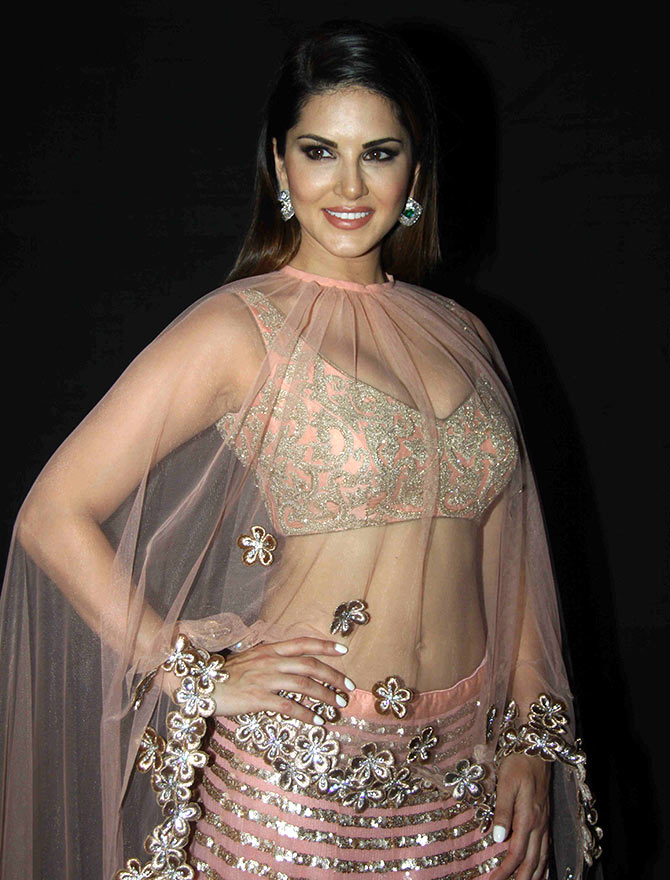 Then comes, "Do you believe that your body will ultimately take you everywhere?"

Or, "If I was to turn the clock back, would you still do what you did?"

Leone had to deal with condescension camouflaged as innocuous questions, in the journalist's attempt (and what a failed attempt it was) to verbally undress the actress and point out that she was in fact nothing but a port star.

That Leone has never hidden her past or apologised for it, seems to have been ignored by Chaubey.

Following the interview, Leone has seen enormous support and congratulatory tweets for being dignified, while Chaubey has been vilified. Rishi Kapoor @chintskap tweeted "Very unfair& rude interview with Sunny Leone on CNN IBN.She is taking it on her chin sportingly,obviously in the interest of her coming film."


Actor Sushant Singh  Rajput  @itsSSR tweeted, "How beautifully u held your own in that stupid interview @SunnyLeone .Some1 should have taught him how to respect a woman when he was a kid."

Aalia Bhatt tweeted her support, "That was literally NOT an interview.. Just hyper-opinionated statements with a question mark at the end!!! No Grace? Chivalry? Ridiculous!"


The sun is indeed out for Leone.