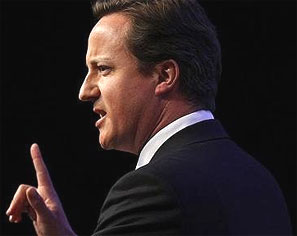 British Prime Minister David Cameron has sealed a deal for "special status" in the EU after a marathon summit, paving the way for him to campaign to stay in the bloc in a historic referendum.
The unanimous agreement came after two days and nights of intense negotiations in Brussels, despite European leaders digging in their heels on all the major reforms Cameron sought.
The British premier will hold an emergency cabinet meeting today as he embarks on the difficult process of selling the deal at home ahead of the referendum, expected on June 23.
"I've negotiated a deal to give the UK special status in the European Union," Cameron told a press conference.
"I will be campaigning with all my heart and soul to persuade the British people to remain in the reformed European Union that we have secured today."
He said the deal contained a seven-year "emergency brake" on welfare payments for EU migrants and meant Britain would be "permanently out of ever closer union".
« Back to LIVE

The curfew, which was earlier scheduled to end on 7 am on Monday, has been extended.

According to the Daily Telegraph newspaper, Warner and Slater got into a late night physical altercation

The debris from China's disintegrating Long March rocket entered the Earth's atmosphere on Sunday and reportedly fell into the Indian Ocean area close to the Maldives, the country's space agency said, ending an anxious week as people and...