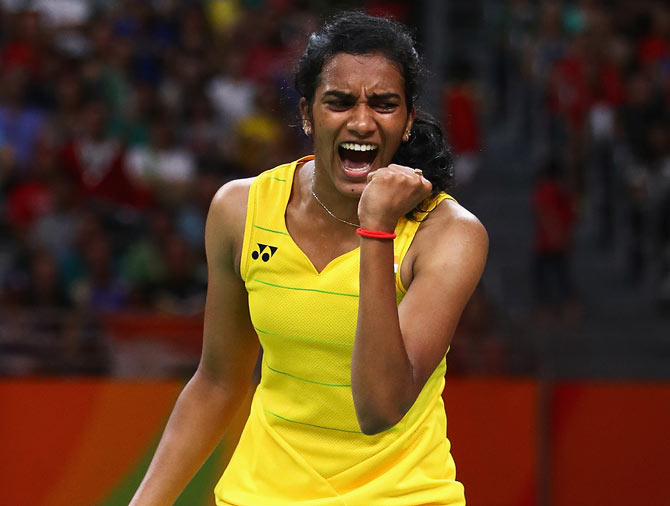 Olympic silver medalists PV Sindhu took revenge of her Rio Games final lost, when she defeated world number 2 Carolina Marin in straight games in her final group B match of the prestigious BWF World Super Series Finals in Dubai on Friday.
Tenth-ranked Sindhu beat Marin 21-17, 21-13 to book her place in the semi-finals, where she will face Sung Ji-hyun of Korea.
Sindhu, who lost her second group match against Sun Yu of China, needed the win against Marin today to progress in the elite event and she achieved it in style. She dismantled her Spanish opponent, who had 5-3 head-to-heads record before the game, in 46 minutes.
« Back to LIVE