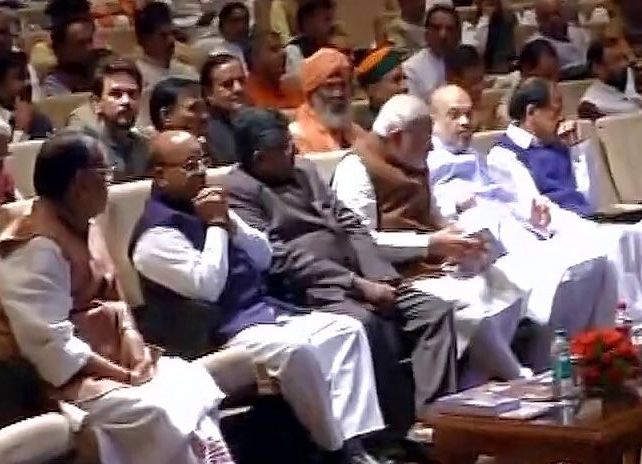 Senior ministers and the PM at the BJP Parliamentary meet. The PM's speech will be telecast live.

The Winter Session of Parliament is ending today though the chaos continued to reign in both Lok Sabha and Rajya Sabha yesterday following continuous uproar on issues such as demonetisation and Agusta Westland case.


Both treasury and opposition benches traded charges on each other for continuous disruption.


PM Modi will address the meeting shortly. The speech is likely to be on demonetisation, and the Parliament stalemate and he may take on Rahul Gandhi over his allegations of graft.


Congress vice president Rahul Gandhi made the explosive claim two days ago that he has information on "personal corruption" of the Prime Minister. The BJP has dismissed it as "the joke of the year" and said Rahul's commedy quotient is growing even as his political quotient falls. The BJP has challenged Rahul to make public the information he claims to have.