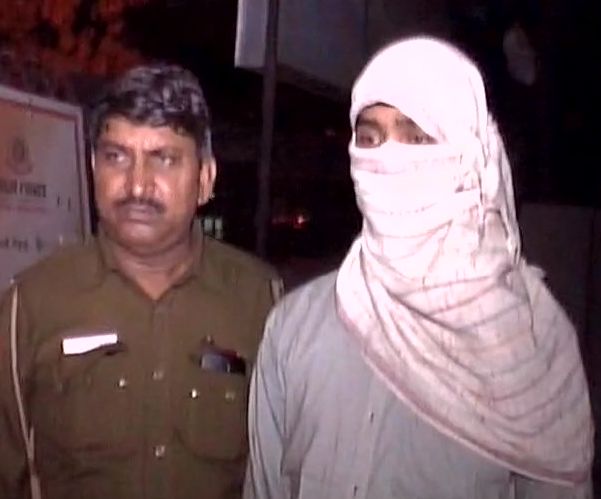 A 20-year-old-woman who had come to Delhi looking for a job, was allegedly raped by a taxi driver.

Sources said that the woman was waiting for a taxi near AIIMS when a cab driver offered her lift to Noida on Thursday.

Midway, the driver stopped the car at a secluded place near Moti Bagh in South Delhi and allegedly raped her. However, the girl managed to raise an alarm and after she saw a police patrol.

Sensing trouble, the driver fled from the spot, leaving his car behind. The girl was rescued and taken to the nearest police station where where she filed a complaint.

Later in the night, the driver was arrested and remanded in police custody. Preliminary inquiry revealed that the car was bearing a sticker of the Ministry of Home Affairs but the driver not a ministry employee.

Further investigation is on.


Pic: The taxi driver who allegedly raped the girl