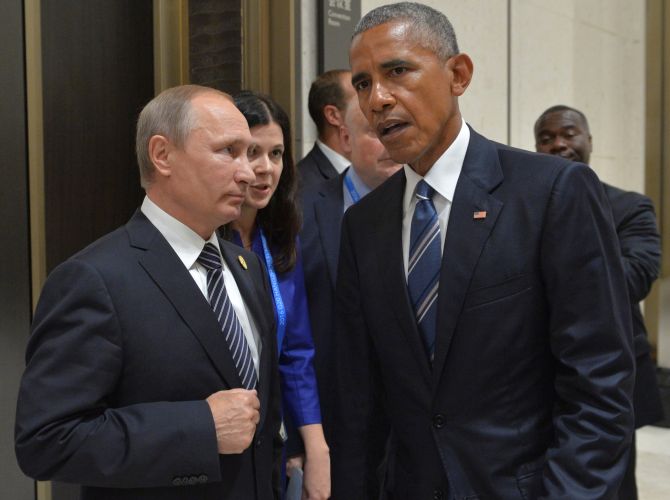 President Barack Obama on Thursday vowed retaliatory action against Russia for its meddling in the US presidential election.
"I think there is no doubt that when any foreign government tries to impact the integrity of our elections that we need to take action and we will at a time and place of our own choosing," Obama told National Public Radio.
Describing potential countermeasures by the US, the US President said "some of it may be explicit and publicized; some of it may not be."
He said he directly confronted Russian President Vladimir Putin about a potential US response, and said his counterpart acknowledged his stance.
"Mr. Putin is well aware of my feelings about this, because I spoke to him directly about it," Obama said.
« Back to LIVE