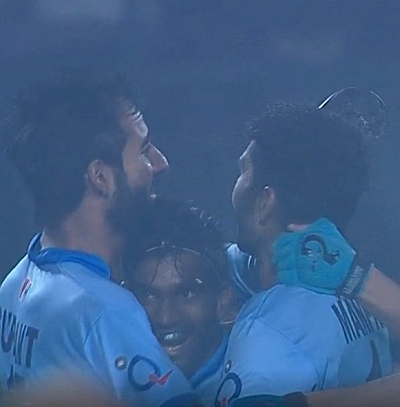 India beat Australia 4-2 in a penalty shootout in the 2nd semi finals of the Junior Hockey World Cup.
After full time, the scores were level at 2-2.
It was Australia who laid down the marker with a goal in the first half and then India dominated the second half, cutting through the Australian defense to score two brilliant counterattacking goals.
Sumit, Harmanpreet, Harjeet, Manpreet found the back of the net in the shootout. Vikas Dahiya was the star performer for the hosts as he made crucial saves in the shootout and allowed Australia to score only two goals.
The hosts will now meet Belgium in the title clash on Sunday.
« Back to LIVE