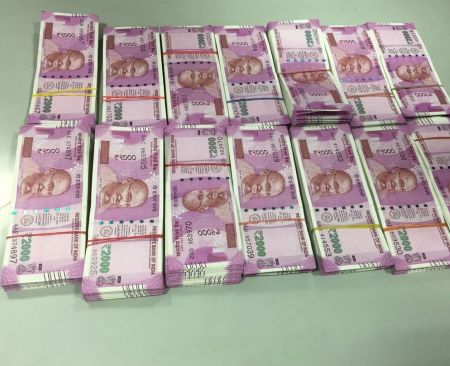 The police said the Income Tax Department has been informed. An enquiry is underway.

Yesterday, a car with Rs 10 crore in new notes was seized in Mumbai's Tilak Nagar area.

We intercepted Purna Sankar Ganguly's car and seized Rs 8 lakh which were in Rs 2,000 currency notes. He allegedly had exchanged it with Rs 10 lakh demonetised notes, they said.

Ganguly was returning from Debra to Midnapore after exchanging the notes from someone who took Rs 2 lakh as commission.