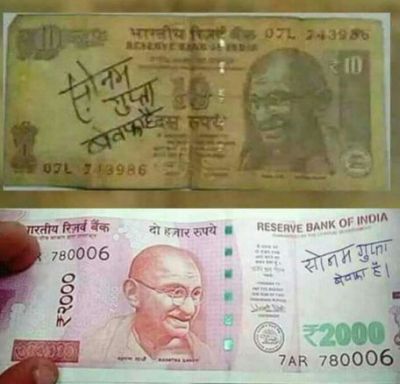 A story of 'betrayal' which went viral on social media has earned its fictitious protagonist Sonam Gupta a leading spot in this year's list of top 10 trending personalities in India on search giant Google.

She features in the tally at the third spot, right behind US President-elect Donald Trump and Olympic medallist P V Sindhu.

However, the phrase #SonamGuptaBewafa made a comeback on social media, and later became a rage after November 8, when the government announced scrapping of old Rs 500/1000 notes.

Images of currency notes from various countries with the phrase made an appearance across Internet with many users also jumping into the buzz defending the mysterious Gupta.