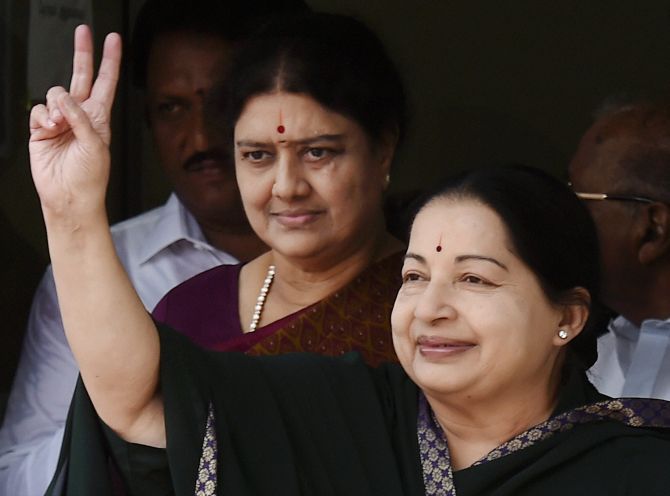 At a time when the entire state was mourning the death of former Chief Minister Jayalalithaa, and scores of cadre were reported dead due to shock and grief, some sitting Ministers, MLAs and former MLAs had been busy cancelling their orders for printing 2017 calendar bearing the portrait of their beloved leader.
"It was on December 6 that we got many calls from many party functionaries, including MLAs, former MLAs and former councillors to cancel the order," said a printer, on condition of anonymity.
These people had placed orders for printing over 25,000 'daily sheet' calendars with a bold image of the then Chief Minister Jayalalithaa who was admitted to the Apollo Hospitals in Chennai. The orders were placed in the last week of November and on December 1.
However, those orders were cancelled and bolder images of VK Sasikala are replacing them.
« Back to LIVE

Senior Congress leader Ghulam Nabi Azad on Sunday said he likes leaders like Prime Minister Narendra Modi who are proud of their roots and noted that Modi speaks frankly about his past as a tea-seller.

An organisation named Jaish-ul-Hind has claimed the responsibility of placing an explosives-laden SUV near industrialist Mukesh Ambani's house in south Mumbai, police said on Sunday.