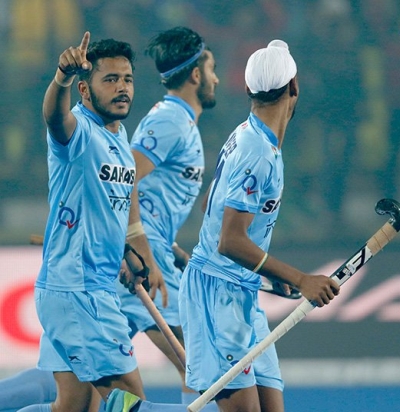 India beat Spain 2-1 to enter semi finals of the Junior Hockey World Cup.
Marc Serrahima (22') put Spain ahead in the first half but two second-half goals by Simranjeet Singh (57') and Harmanpreet Singh (65') sealed the match for India, who will now take on Australia in the semis while Belgium will face defending champions Germany in other semi-final on Friday.
Indian players were on the attack right from the onset and they got their first penalty corner in the fourth minute of the game but was wasted as Harjeet failed to stop the ball properly.
« Back to LIVE