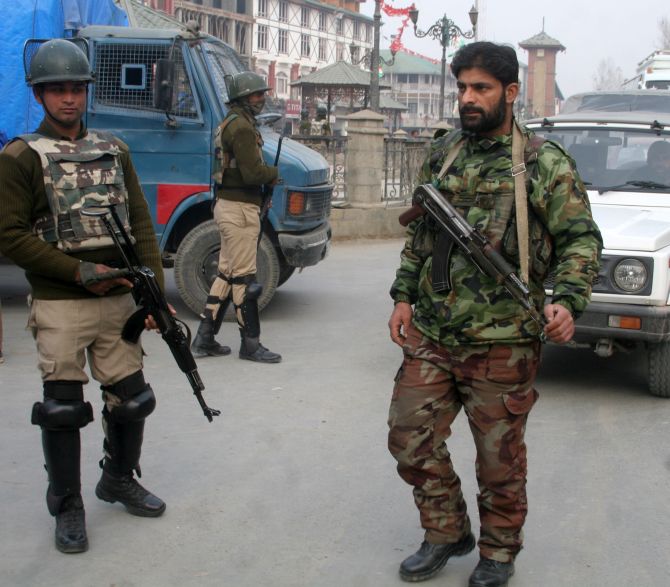 Unidentified gunmen loot bank in Pulwama in south Kashmir. This is the third bank to be looted since demonetisation was announced on November 8.


On December 8, around 4 to 5 gunmen, believed to be militants, barged into the J&K Bank branch, also in Pulwama, and looted around Rs 10 lakh. The gunmen also fired in the air after looting the bank. Searches were launched but the gunmen escaped.


Representational picture
« Back to LIVE