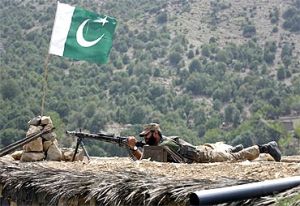 Border Security Force troops handed over a former Pakistani army man to Pak Rangers at a flag meeting at a border outpost along the International Border in Suchetgarh sector of Jammu district.

Considering the old age and also on humanitarian ground the said individual was handed over, during a Commandant level meeting held in cordial atmosphere in Suchetgarh sector to Pak Rangers, he said. -- PTI

Representative image.
« Back to LIVE