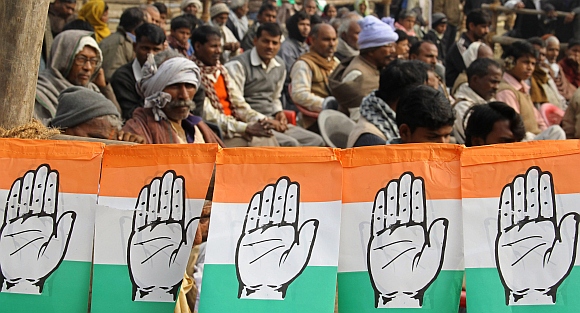 
Overwhelmed by the survey, Congress VP Rahul Gandhi wants to ensure that the next Mood-of-the-nation survey reflects that the party may even touch 300 Lok Sabha seats. The next national elections are in 2019.


The sample taken by the survey was 350-400 per Parliament constituency and was primarily conducted on the phone and chosen from the Noida-Delhi area, which is where the poll company is head quartered.


But remember, this is the Congress party's internal survey. In the first polls conducted after PM Modi flagged off the demonetisation exercise on November 8, the Bharatiya Janata Party emerged as the single largest party in elections to 164 municipal bodies in Maharashtra.