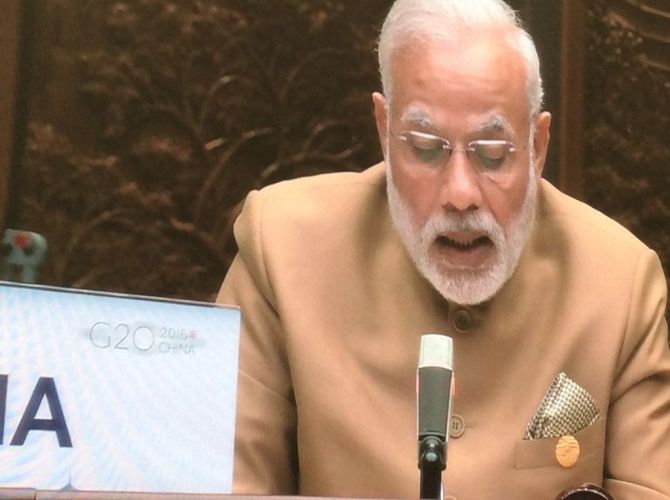 Small scale industry owners in New Delhi met junior finance minister Arjun Ram Meghwal recently and raised several red flags over economic hardships faced by them after demonetisation. The minister told the businessmen to have faith in the PM and then went on to give them a lecture on how the PM took apart foreign leaders over the ideals of liberty, equality and fraternity during the G20 meeting in September. Read what the minister said here.

However, when we looked for the PM's comments at G20, absolutely nothing came up on these democratic ideals. The PM spoke at length about trade, terrorism, security, but not a word on liberty, equality or fraternity. Read what he said here.

We would be happy to know where Mr Meghwal got this story from.