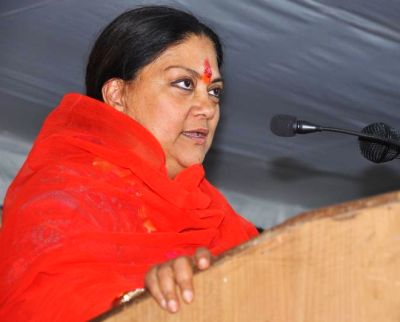 Just in: The Vasundhara Raje-led BJP government in Rajasthan has climbed down from its earlier stance of cancelling the holiday on Eid, on September 25. The state government says the holiday will stand, and it's up to employees to decide if they want attend work. No prizes for guessing what the decision will be.


The BJP-ruled Rajasthan government has ordered schools and colleges not to declare a holiday on Bakri Eid this year. Instead, it had asked schools and colleges to prepare for blood donation camps on September 25, to mark the birth anniversary of Deen Dayal Upadhyaya, an icon of the BJP and its ideological mentor Rashtriya Swayamsevak Sangh.
« Back to LIVE