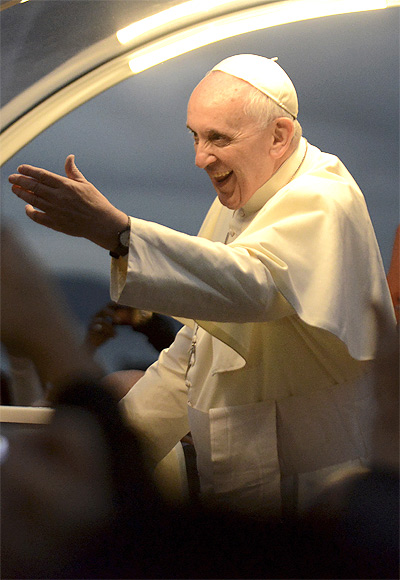 Pope Francis says he has felt "used" by people claiming to be his friend since he became pontiff, in a radio interview touching on the personal side of his papacy.
"I never had so many quote-unquote 'friends' as now. Everyone is the pope's friend," Francis said in a telephone interview with radio station Millennium in his native Argentina.
« Back to LIVE