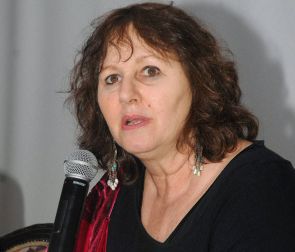 Unfazed by the controversy, the British filmmaker behind the BBC documentary on the Delhi gang-rape incident today accused the Indian government of trying to "muzzle free speech" by banning its telecast in India.

Leslee Udwin's 'Storyville: India's Daughter' was due to be aired in the UK on Sunday to coincide with International Women's Day but the telecast was brought forward in the wake of attempts by the Indian government to block its release worldwide.

It has led to threats of legal action from the home ministry but Udwin remains defiant. She has called on Prime Minister Narendra Modi to "deal with the unceremonious silencing of the film".

"This is the greatest fight of our times and I wanted to applaud the reaction of the Indian people to the crime with this film. But that has been turned around by this ban, which is an attempt to muzzle free speech," Udwin said.
« Back to LIVE

From Kerala to Uttarakhand, what's causing heavy rains across India

Climate experts also warn the intensity of rains in Kerala and Uttarakhand is "alarming" and must draw immediate attention towards "climate emergency".

Meanwhile, Prime Minister Narendra Modi expressed anguish at the loss of lives in Uttarakhand and noted that rescue operations are underway to help the affected.

Bangladesh kept their hopes of advancing to Super 12s stage alive with a nervy 26-run win over co-hosts Oman in their Group B match of the T20 World Cup in Al Amerat on Tuesday.

'Not paradise, it's hell': Migrants won't return to Kashmir again

Thousands of labourers, mostly Hindus and some Muslims, from different states arrived at railway stations and bus stands in Jammu and Udhampur after leaving the Valley.