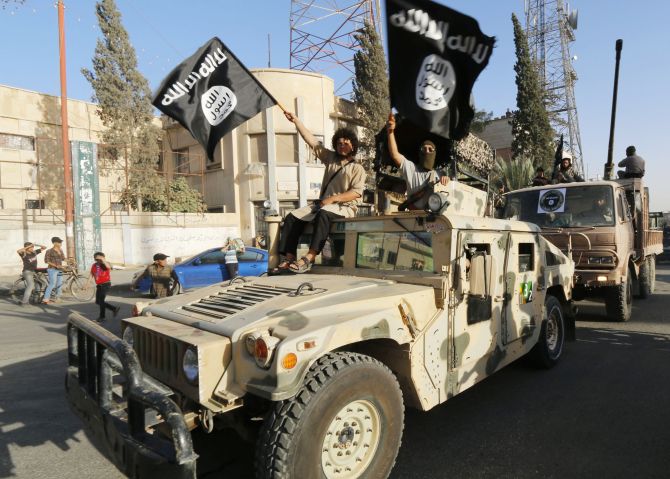 Islamic State has published a list of punishments ranging from 80 lashes for drinking alcohol and losing a hand for theft, to death for committing blasphemy. The Sharia code of conduct will be enforced in areas under its control which now covers large swathes of Iraq and Syria. Those who commit adultery will be stoned to death if the adulterer was married and lashed 100 times and exiled if he or she was unmarried. Those engaged in sodomy (homosexuality) will be sentenced to death, along with those who 'spy for the unbelievers'. Those who steal 'as part of banditry' will have their right hand and left leg cut off, and the punishment for terrorising people is exile.
« Back to LIVE