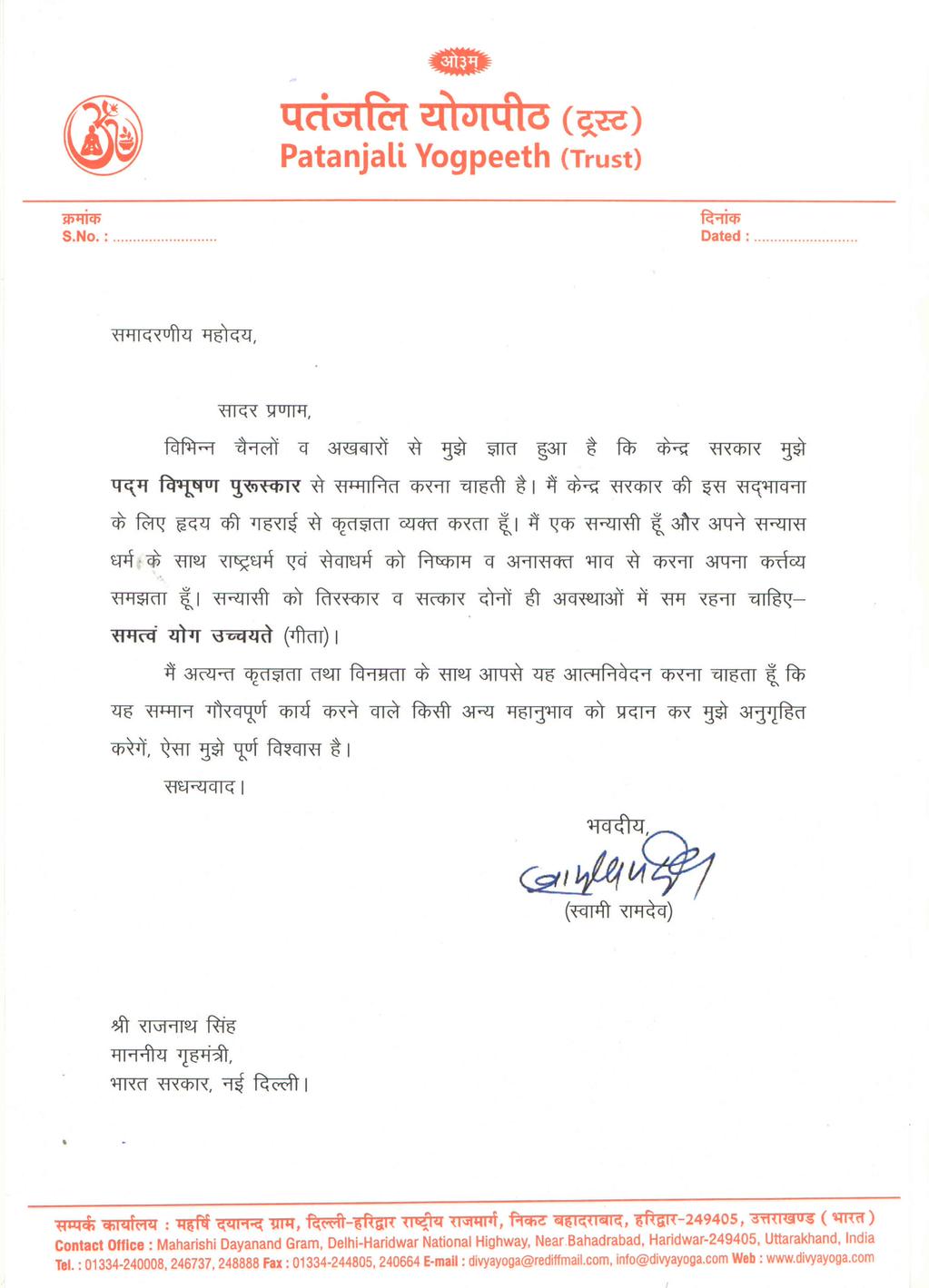 Yoga guru Ramdev has declined any Padma award for him reportedly being considered by central government on the occasion of 66th Republic Day.

In a letter to Union Home Minister Rajnath Singh, he referred to media reports that the Government was considering his name for Padma Vibushan, the second highest civilian award but felt that as an "ascetic" he should refrain from getting "rewards or honours".

Ramdev requested the Home Minister instead to select some other personality for the award.
« Back to LIVE