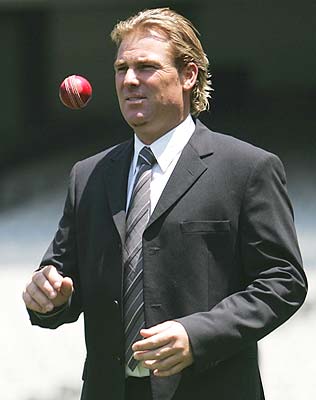 After a successful cricket career, Spin King Shane Warne will be seen trying his luck in Bollywood later this year.
"There is an offer. There is someone who has something for me," Warne told PTI while attending a Tourism Victoria event in Melbourne.
Warne said he may look into the Bollywood project later this year, after the cricket season gets over.
The former cricketer was recently announced as the monarch of the famous Moomba festival, an annual event in Melbourne, along with the Melbourne-raised Bollywood star Pallavi Sharda.
Warne, 45, said he had been asked about his Bollywood plans many a time but he has not finalised anything yet.
« Back to LIVE