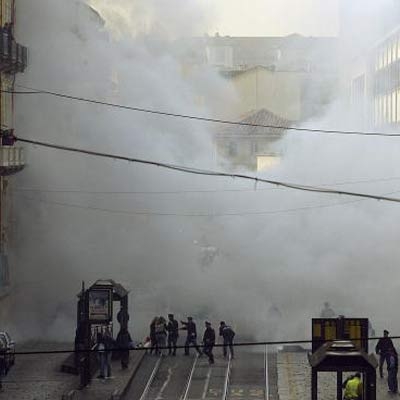 Ten people have been killed and 60 injured in a blast near a mosque in Peshawar, Pakistan.
Express News correspondent Yasir Ali said one of the blasts took place inside Imamia Masjid, shortly after the Friday prayers came to an end.
An eyewitness claimed six terrorists had entered the mosque and thrown grenades in addition to detonating a suicide vest.
Police were unable to confirm this.
The number of casualties is expected to increase.

The injured are being shifted to a hospital nearby, and the area has been cordoned.
Two weeks earlier on Friday, at least 60 people were killed and 60 others injured in an explosion inside a central imambargah in Sindh province's Shikarpur district.
The militant organisation Jundullah, a splinter group of Tehreek-i-Taliban Pakistan, had claimed responsibility for the terrorist attack.
« Back to LIVE

Amazon's action follows that of other retailers such as Walmart Inc, Target Corp and Nike Inc.

The GoM was told that six states -- Maharashtra, Delhi, Gujarat, Tamil Nadu, Uttar Pradesh and West Bengal -- account for 86 per cent of the deaths caused by COVID-19 and 32 districts account for 80 per cent of such fatalities, the Union...

The funny man of Hindi cinema has passed into the ages, but the laughter he generated will echo for years to come.

The development comes amid a growing clamour for the boycott of Chinese products in India, combined with the government's push for Aatmanirbhar Bharat.

Dubey is the main accused in the encounter that took place in Kanpur last week, in which a group of assailants allegedly opened fire on a police team, which had gone to arrest him. Eight police personnel were killed in the encounter.