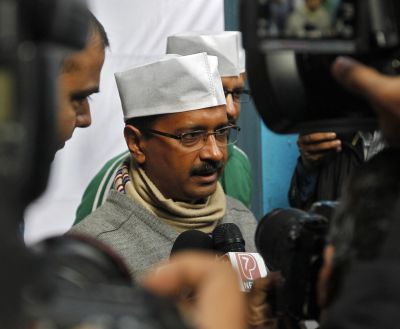 Aam Aadmi Party's Varanasi unit will telecast live at Prahlad Ghat in the temple town the swearing ceremony of Arvind Kejriwal as Delhi Chief Minister tomorrow.
Party sources said the volunteers have planned to erect a LED screen at Prahlad Ghat in Varanasi where Kejriwal had unsuccessfully contested against Prime Minister Narendra Modi in Lok Sabha elections last year.
"We have decided to live telecast the oath-taking ceremony tomorrow of our leader. We have invited our party volunteers who cannot make it to Delhi for the ceremony. Even the public is free to join us," Rakesh Pandey, AAP volunteer from Varanasi, said.
« Back to LIVE