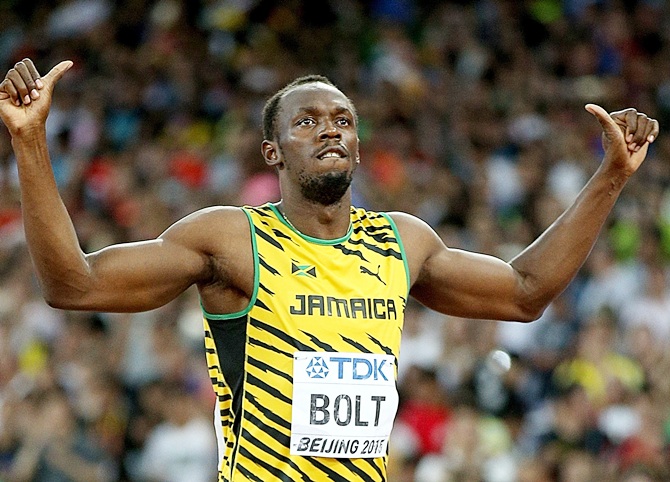 Jamaica's Usain Bolt retained his 100 metres title at the IAAF World Championship in Beijing on Sunday. Bolt with a time of  9.79 seconds came first while Justin Gatlin came in second. The 100 metres world record (9.58 seconds) was set by Bolt in the Berlian edition in 2009. The Jamaican won the event in the both the subsequent editions -- Daegu in 2011 and Moscow in 2013 -- while also winning the gold in the same in the last two Olympics.
The Jamaican, 29, has been beset by a pelvic injury for much of the season, producing only two sub-10 second 100m performances all summer. The controversial Gatlin, who arrived in Beijing on a 27-race unbeaten run stretching back two years, had underlined his status as gold medal favourite with the fastest time in the first round.   The American, who last won the world title in Helsinki (2005), eased through his semi-final heat in 9.77 secs.
« Back to LIVE